Last Sunday, Mother’s Day, the sermon from Romans 16:1-5 focused on Phoebe and Priscilla, two women who honored the Lord. All of us, men and women, need stories of faith like these to inspire us and instruct us as we follow Jesus. We grow as disciples not only by learning and doing but also by observing.

This is why biographies are such a gift. Biographies paint pictures for us through stories and these stories can stir our faith, enlarge our imaginations, and strengthen our resolve. Following are four biographies of women who have influenced me over the years. Maybe you find yourself, or your kids, with extra time during these “stay-at-home” days. Why not read a good biography?

“Corrie ten Boom was a Dutch watchmaker who became a heroine of the Resistance, a survivor of Hitler’s concentration camps, and one of the most remarkable evangelists of the twentieth century. In World War II she and her family risked their lives to help Jews and underground workers escape from the Nazis, and for their work they were tested in the infamous Nazi death camps. Only Corrie among her family survived to tell the story of how faith ultimately triumphs over evil.”

Through Gates of Splendor by Elisabeth Elliot

“In January 1956, a tragic story flooded headlines around the world. Five men, spurred by a passion to share the 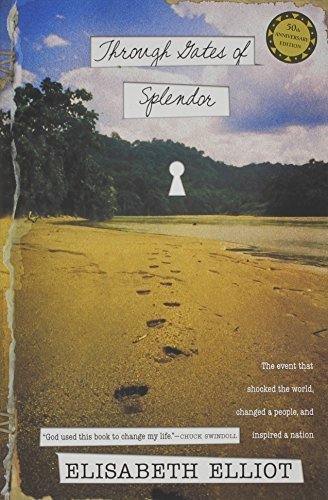 good news of Jesus Christ, ventured deep into the jungles of Ecuador. Their goal: to make contact with an isolated tribe whose previous response to the outside world had been to attack all strangers. At an agreed-upon time, their five young wives sat by their radios, waiting for a message that never came. . . . “Through Gates of Splendor, ” the story of Nate Saint, Roger Youderian, Ed McCully, Pete Fleming, and Jim Elliot, was first recorded in 1956 by Jim’s widow, Elisabeth. Decades later, its story of unconditional love and complete obedience to God still inspires new readers.”

To this I would add that one stunning part of the story is that after her husband, Jim, was martyred, Elisabeth didn’t return to the safety of home in the USA. Instead she stayed with her very young daughter, and continued to attempt to reach the Waorani tribe. Eventually she had the privilege of seeing many of them come to faith and befriending some of her husband’s killers.

A Chance to Die: The Life and Legacy of Amy Carmichael by Elisabeth Elliot

“A Chance to Die is a vibrant portrayal of Amy Carmichael, an Irish missionary and writer who spent fifty-three years in south India without furlough. There she became known as ”Amma,” or ”mother,” as she founded the Dohnavur Fellowship, a refuge for underprivileged children. Amy’s life of obedience and courage stands as a model for all who claim the name of Christ. She was a woman with desires and dreams, faults and fears, who gave her life unconditionally to serve her Master. Bringing Amma to life through inspiring photos and compelling biographical narrative, Elisabeth Elliot urges readers to examine the depths of their own commitment to Christ.”

Secret Thoughts of an Unlikely Convert by Rosaria Butterfield

“Rosaria, by the standards of many, was living a very good life. She had a tenured position at a large university in a field for which she cared deeply. She owned two homes with her partner, in which they provided hospitality to students and activists that were looking to make a difference in the world. There, her partner rehabilitated 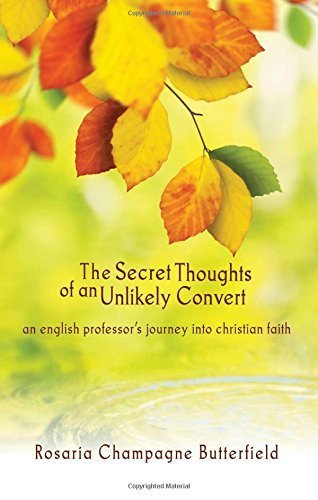 abandoned and abused dogs. In the community, Rosaria was involved in volunteer work. At the university, she was a respected advisor of students and her department’s curriculum. And then, in her late 30s, Rosaria encountered something that turned her world upside down-the idea that Christianity, a religion that she had regarded as problematic and sometimes downright damaging, might be right about who God was, an idea that flew in the face of the people and causes that she most loved. What follows is a story of what she describes as a ‘train wreck’ at the hand of the supernatural. These are her secret thoughts about those events, written as only a reflective English professor could.”

What biographies have you appreciated? I’d love to hear your recommendations. Email me at .