What Type of Christian Are You?

I keep hearing that we live in post-Christian times, that Millennials are decidedly less religious than previous generations, that secularism is winning the day in our universities and other bastions of cultural influence. I don’t get out that much and I find it hard to personally get the pulse of say, 200 million people, but it’s difficult not to conclude  that Christianity seems to be in decline in its influence in our society. And yet. Has anyone noticed that in the most unexpected places, people are popping up and self-identifying as Christians? And saying some pretty startling things?

The title to this post comes from an article entitled, “Christianity’s future looks more like Lady Gaga than Mike Pence.” The author, Guthrie Graves-Fitzsimmons, quotes Lady Gaga speaking at a concert, saying, “I am a Christian woman” as she asserts her support for the LGBTQ community. Lady Gaga a Christian? How did I miss that? 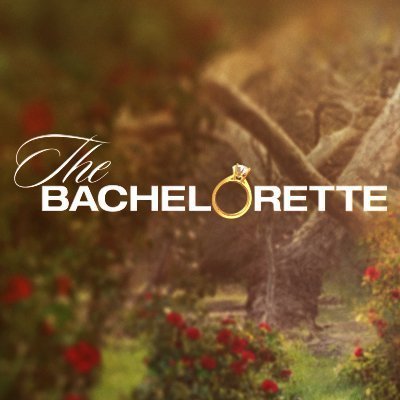 Recently, the TV show, “The Bachelorette” (full disclosure: I’ve never watched it, I just read the news) made headlines and Twitter feeds when a dispute broke out between the bachelorette and one of the contestants. It is reported that contestant Parker told bachelorette Hannah that his Christian faith led him to be in favor of sexual purity before marriage. Hannah replied, now famously, that, “I have had sex and Jesus still loves me.” OK, so there’s no mention of how repentance and forgiveness work out here, and we probably don’t need to be reminded that the Bachelorette may not be the best training ground for thoughtful development of Christian ethics, but here they are, Hannah and Parker, talking openly on network TV about how their Christianity impacts their sex lives.

Shifting to politics, am I the only one to be surprised to learn that presidential candidate Pete Buttigieg – a Rhodes Scholar, a military vet who deployed to Afghanistan, a gay married man, and Democrat – speaks openly about his Christian faith? I don’t recall having previously encountered all these characteristics in the same person.

One last illustration from politics. Guthrie Graves-Fitzsimmons, mentioned above, is a self-described progressive Christian writer who publishes a daily devotional “aimed at spiritually and politically defeating Trumpism.” This contrasts him with Jerry Falwell Jr., president of Liberty University, who responded to the question, “Is there anything President Trump could do that would endanger that support from you or other evangelical leaders?” with a simple, “No.” The polarization between these two professing Christians is striking and leads us back to our question.

What type of Christian are you? There are many options, aren’t there? How do people today fill in this blank? I am a ­__________  [Reformed, progressive, mainline, Evangelical, gay, conservative, pro-life, pro-choice…pick your adjective or add your own!] Christian. What’s the difference between the kind of Christian diversity that magnifies Christ and the kind that compromises the gospel? Might this not be a good time to stop and review from God’s Word what it really means to be a Christian? We do this not for the sake of elevating ourselves above those who think differently, but for the sake of pleasing the God we love and serve.

The elders of our church believe that clarifying what it means to be a Christian is a high priority for us, so we’ve put together a sermon series called, “Follow Me: Jesus’ Call to Authentic Discipleship.” What kind of a Christian are you? I am a Christian who follows Jesus. What does that look like?

What’s the difference between the kind of Christian diversity that magnifies Christ and the kind that compromises the gospel?

Beginning Sunday, September 8, we want to take the next 5 sermons to hear and understand Jesus’ call to authentic discipleship. Here’s the plan:

Would you be praying for RGC during this series that God will work amongst to help each one of us to grow as passionate followers of Jesus?