The Strange and Disturbing Case of Walter McMillan

“…injustice must be rooted out by strong, persistent and determined action.” Dr. Martin Luther King, Jr. in Letter from Birmingham Jail

He has told you, O man, what is good;
and what does the Lord require of you
but to do justice, and to love kindness,
and to walk humbly with your God? (Micah 6:8)

Last Monday was a holiday in remembrance of Dr. Martin Luther King, Jr. He pressed the conscience of our nation to see the presence of injustice and racism in our society, and he kept pressing until there was change. This impulse to fight injustice and affirm the dignity of all human beings is thoroughly biblical (Genesis 1:26-28, Luke 10:29-37, Romans 13:1-7, Galatians 6:10, Micah 6:8, Jeremiah 29:7). Though not a perfect man, King fought for many things that line up with God’s heart in regard to justice and the inherent dignity of all people.

Today I’d like to tell you about a story that brought these themes home for me. It is the strange and disturbing story of Walter McMillan, found in the book by Bryan Stevenson, Just Mercy, and the movie of the same name. They helped me to see how injustice and ethnic ill-will are still at work in our country. I believe God cares about thes 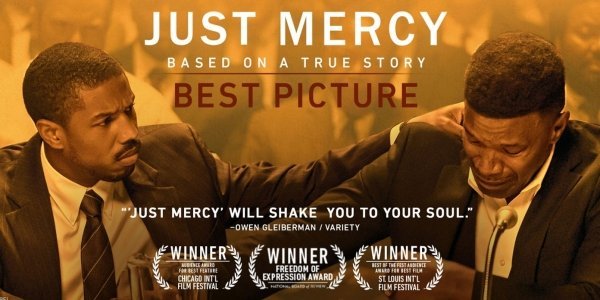 e things and I want to as well. I hope you’ll consider reading the book or watching the movie – or both.

Here’s the plan: first, I’ll tell you the story (spoiler alert, I’m going to tell you how it turns out), and, second, I’ll make two biblical connections.

Bryan Stevenson met Walter McMillan in the 1980’s while Walter was an inmate on death row in Alabama. Stevenson was working as an attorney for a non-profit organization that represented prisoners like Walter. At the time, Stevenson writes, there were large numbers of death row prisoners who lacked any kind of legal representation.  As he interviewed McMillan, here’s what he discovered.

Walter McMillan had been a hard-working and respected resident of Monroeville, Alabama. A child of sharecroppers, he grew up in one of the poor black settlements outside of town. His education was limited since he was needed in the fields, but he grew up to become a self-employed small business owner, running a pulpwood business.

Trouble for him started when he had an adulterous affair with a white woman in town, which caused some ominous rumblings in the rumor mill. Trouble came like a hurricane when he was arrested for the murder of an 18-year-old white woman, Ronda Morrison, who was found shot to death on the floor of the family run Morrison Cleaners. Months went by after the murder with no arrests and pressure built on the police to solve the crime.

The prize witness to accuse McMillan was a man named Ralph Myers. He had a long history of legal and psychological issues and he was under investigation for a different murder. Myers offered several stories about the Morrison murder, but the one that stuck was the one where he claimed to have accompanied McMillan to the scene of the crime. Myers, however, was later unable to identify McMillan when asked to pick him out in a room with several other black men present. 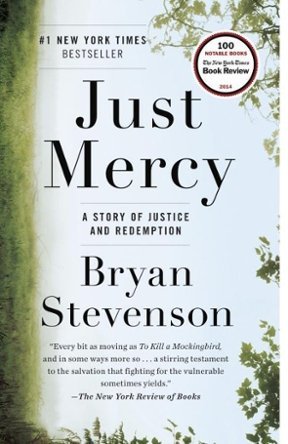 efense side, there was a church-sponsored fish fry, open to the public and complete with flyers, held at the McMillan house on the day of the murder. Walter was there all day replacing the transmission in his truck and more than a dozen eyewitnesses could testify to this, including a police officer who stopped by to buy some food. Despite this, McMillan was found guilty, and, though the jury recommended life in prison, the judge ruled for the death penalty.

When Bryan Stevenson got involved in the case years later, he was able to unearth considerable evidence of McMillan’s innocence. Despite this, it was a long and difficult process to gain a new hearing of the evidence and there were times when it seemed unlikely the conviction would ever be overturned. Eventually it was and, after six years on death row, an innocent man walked out a free man.

Two things have lingered with me after reading this book. First, the Bible emphasizes that when the government applies justice, it must do so in a way that is fair to the accused. God grants governments this authority (Romans 13:1-7), but that authority can be misused and when it is, we are blessed to live in a democracy where people can challenge the system to insist on justice and the protection of the innocent. Our own church successfully challenged an unjust government policy when we sued Fairfax County Schools over the policy they had of charging churches higher rent than other organizations.

Walter McMillan’s situation was much more serious than rent. In his case I’m disturbed by the relative ease with which an innocent person in our country could be condemned to death. I have always been a supporter of the death penalty, and I understand no criminal justice system can be perfect, but in death penalty cases every single failure means an innocent person dies, or languishes for years in prison. Walter’s story, and others like it, cause me to wonder how many people currently on death row are actually innocent. One database shows that since 1973, 166 people have been exonerated and released from death row. That seems like a lot.

Second, Walter’s story highlights the biblical principle that every single human being is created in God’s image (Genesis 1:26-28) and deserves to be treated not only with justice, but also with dignity. This is where the racial element of Walter’s story can’t be ignored.

The issue here isn’t that one person made an honest mistake and the wrong guy got convicted; the issue is that Walter was targeted for prosecution and treated with contempt and hatred by many people in positions of authority in the criminal justice system, for no reason I can find, other than the color of his skin. He not only lost his freedom, he was robbed of his dignity.  It’s great that justice was finally done, and he was set free, but I wonder what was done by those who convicted him to restore his reputation in the community? Did he receive an apology? Did anyone retract the degrading and slanderous public statements they’d made about him? Offer financial assistance or reparations for lost income? Or counseling and care to recover and reenter society? To my knowledge none of these dignity-restoring actions ever took place.

Stories like this are helping me to understand why some people, especially African-Americans, may have distrustful or negative attitudes towards police or the courts or the government in general. This story pushes me to ask, how would I feel if I were one of those eyewitnesses who knew that Walter was there with them at the fish fry that day, only to see him convicted of a murder he could not possibly have committed? What must that do to one’s confidence in the people who administer the criminal justice system?

I say this knowing that there are thousands of hard-working, honorable people working as police officers, judges, and prosecutors. I am grateful for such people. Yet the simple and sad fact is that Walter McMillan was robbed of both his freedom and his dignity.

I understand that there are two sides to every story and that I’ve just read the one by Mr. Stevenson. And I understand that these are sensitive topics and difficult to discuss. Yet I hope, by engaging differing perspectives and experiences, I’ll be able to better follow Jesus’ call to love and show mercy to my neighbor (Luke 10:37), whether those neighbors be in church with me or in prison, near or far away.