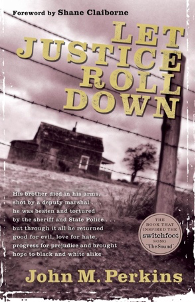 Let Justice Roll Down by John M. Perkins, founder of Voice of Calvary Ministries. In this autobiography, Perkins shares his story of being raised in Mississippi, coming to faith in Christ in Southern California, and returning to Mississippi where he labored to make disciples. I knew his son from a ministry they founded in Pasadena. Here is an inspiring story of the power of the gospel to transform a life. It is also the story of how one man helped many to find equality and economic independence in the face of blatant racism. His faith and his gracious and forgiving spirit, even after enduring a brutal and undeserved incarceration and beating, are powerful displays of the character of Christ.

Just Mercy by Bryan Stevenson. I’ve written about this book here, and the excellent movie here. Read the book or see the movie, and let me know what you think.

Divided by Faith by Michael O. Emerson and Christian Smith. Why is it that white evangelical Christians and black evangelical Christians tend to see racism and racial discrimination differently? Despite embracing the same gospel and trusting the same Bible, why do white evangelicals tend to think of racism in terms of the individual while blacks tend to see the problem in systemic terms? This book helped me understand the reality and the source of this divide. 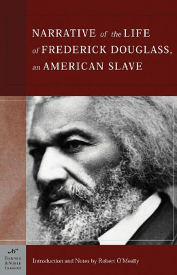 A Narrative of the Life of Frederick Douglass, an American Slave by Frederick Douglass. This memoir is Douglass’ record of his own life as a slave and his escape to freedom is a window into the life of slaves in the mid-1800’s. He was an excellent writer and became a famous orator and abolitionist.

The Myth of Equality by Ken Wytsma. If we are to understand our world as it is today, we must understand our history and how we arrived here. The first four chapters of this book provide a brief accounting of how European immigration shaped the early years of our country, the roots of the concept of race, and how inequality persisted after slavery through convict labor and practices like redlining. I find this author’s descriptions of how we got here to be more compelling than his prescriptions for how to bring change, which is why I’m highlighting these first four chapters.

The Color of Water by James McBride. In this book, McBride tells the story of his life growing up in Brooklyn with a Jewish mother, a black father, and 11 siblings, each of whom graduated from college. He tells us how he finally learned of his mother’s birth in Poland, her childhood in the south, and how his parents helped found a Baptist church in New York City. This book has the rare ability to be both moving and humorous as the author wrestles with his identity.

Cry, the Beloved Country by Alan Paton. This fictional account of a South African Zulu pastor and his son, has been well-known and often read since it was published in 1948. Paton was a teacher and educator, first of wealthy white boys and later in a reformatory school for delinquent black boys. This story welcomes us into the world of a God-fearing man seeking to be a faithful father while living under the apartheid system, where blacks were mistreated by the whites in power.

The Ways of White Folks by Langston Hughes. This is a collection of short stories written by an author who, as the book’s back cover states, is credited with helping make “the white America of the 1920’s and 30’s aware of the black culture thriving in its midst.” These stories, while not written from a Christian perspective, range from humorous to tragic as the author creates memorable characters in everyday situations.

The Color of Compromise: The Truth about the American Church’s Complicity in Racism by Jemar Tisby. This one is on my “to read” shelf. I came across a review of it here. I’ve appreciated the little bit I’ve read by Tisby on The Gospel Coalition’s website. The complicity of the church in racism is a difficult topic to even bring up, let alone discuss, since it is fraught with so many landmines. Yet I desire to understand this history so as to better understand how we got here, to better love African-American brothers and sisters who continue to be affected by the past, and hopefully to avoid some of the mistakes and blind spots (e.g. did you know Jonathan Edwards owned slaves?) of those saints who have gone before us.

What have you read that you’ve found helpful? I’d love to hear from you.